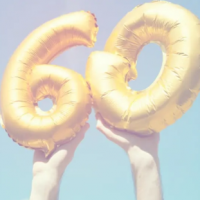 How to apply for your CPP early, and should you?

To qualify for CPP, you must be over the age of 60 and you must have made at least one valid contribution (payment) into Canada Pension Plan. How much income you get depends on how much you put in and for how long you contributed into CPP.

Remember that CPP is a contributory plan which means that all benefits are funded by financial contributions made by employees and employers. CPP is not funded by general tax revenues. In other words, how much you get is dependent on how much you put in.

At the age of 65, you qualify for the normal retirement amount, but it is important to note that the benefit does not start automatically. You must apply for it. Service Canada recommends that you apply for your pension six months before you want your CPP to begin. If you want to collect CPP before the age of 65, you must also apply.

Do you have to stop working?

At one time, in order to collect CPP early, you had to stop working. This has changed in 2012.

CPP has opened the door for many Canadians who are over the age of 60 and still working. All of these people can now collect CPP as early as age 60 and continue to work. If you continue to work, you will have to keep paying into CPP but every contribution you make will increase your benefit in the future.

Basically, you can apply to collect CPP if you are working. If you do, you will still pay into CPP but paying into it means a bigger benefit.

How much will CPP reduce?

Under the old rules, the decision to collect CPP early was really based on a mathematical calculation of the break-even point. Before 2012, this break-even point was age 77. With the new rules, every Canadian needs to understand the math.

For me, the starting point to answering the question is looking at the mathematical break-even point. Here’s an example of twins Beth and Janet.

Janet and Beth are twins. Let’s assume they both qualify for the same CPP of $1000 per month at age 65. Let’s further assume, Beth decides to take CPP now at age 60 at a reduced amount while Janet decides she wants to wait till 65 because she will get more income by deferring the income for 5 years.

Under Canada Pension Plan benefits, Beth can take income at age 60 based on a reduction factor of 0.6% for each month prior to her 65th birthday. Thus, Beth’s benefit will be reduced by 36% (0.6% x 60 months) for a monthly income of $640 starting on her 60th birthday.

If Beth or Janet can provide their date of death, making the right decision would be easy. Another way to phrase this question is, “How long do you expect to live?”

Here’s the breakeven chart to support the example

If you live past age 74, the one could argue the math says take CPP later. If you don’t live to 74, then you should have taken the money early. Unfortunately, no one knows when they are going to die.

When will you most enjoy the money?

Because it’s impossible to accurately predict your date of death, another important question to ask is when are you most likely to enjoy the money? Before age 74 or after age 74? Even though the break-even point is three years sooner, for most people, they live the best years of their retirement in the early years. I call these the ‘go-go’ years.

Many people like the idea of taking CPP early to use it in the early stages of retirement and even if they don’t need it, they can invest it for the future.

Some believe it’s better to have a higher income later because of the rising costs of health care. Whatever you believe, you should plan for. It might be worthwhile to look around your life and see the spending patterns of 70, 80 and 90-year old to assess how much they are really spending. Are they spending more or less than they did when they were in their active retirement years?

What happens if you leave money on the table?

Let’s go back to Beth who could collect $640 at age 60. Let’s pretend that she gets cold feet and decides to delay taking CPP by one year to age 61. What’s happened is that she “left money on the table.” In other words, she could have taken $7680 from her CPP ($640 x 12 months), but chose not to, to be able to get more money in the future. That’s fine as long as she lives long enough to get back the money that she left behind.

Again, it comes back to the math. For every year she delays taking CPP when she could have taken it, she must live one year longer at the other end to get it back. By delaying CPP for one year, she must live to age 75 to get back the $7680 that she left behind. If she delays taking CPP until 62, then she has to live until 76 to get back the two years of money she left behind.

Why wouldn’t you take it early given this math? The main reason is that you think you will live longer and you will need more money the older you get. The idea is that a bird in your hand is better than two in the bush.

For some people, the argument of not taking CPP early also lies in a little math. Let’s say you are 60 and you delay taking CPP for one year, your CPP income will increase by 7.2% (0.6% X 12 months). When you look at interest rates, the markets and investment returns, most people will agree it is tough to guarantee a 7.2% return these days.

Once you are over the age of 65, delaying CPP enhances the benefit by 0.7% per month or 8.4% per year. Many will argue that delaying CPP is a great investment (as long as you live long enough). As you can see, there are two different mathematical ways to look at the same problem.

What happens if you are still working?

Remember that if you are still working while taking CPP between 60 and 65, you will still continue to pay into CPP but paying into it means you will benefit with a bigger CPP payment in the future.

How to apply to get CPP early?

Logistically, getting CPP early is simply a matter of completing an application form if you are over 60 years of age. You can visit your nearest Service Canada office or visit their website.

Many people have suggested that I am a supporter of taking CPP early. To be very honest, it does not matter what I think. Remember this is your money and your decision. My goal is to simply present as much information as I can to help you make the decision.

With every decision, there is a logical or mathematical component. For me, that is the mathematical breakeven point. The reality, however, most people make the decision based more on lifestyle issues than math. The statistics will tell you that a lot of people will take it early.

This is a decision every Canadian needs to make. Good luck.