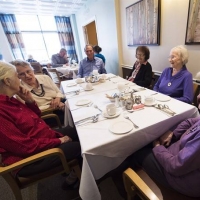 In an Aging Canada, Women Need to Save More than Men – even if they make less

Canadians aged 65 and older outnumbered children under 14 for the first time in census history, Statistics Canada revealed today. And the majority of seniors are women. Among those aged 85 to 99, there were just 54 men for every 100 women in 2016, data show.

Those numbers have big implications for how women should handle their personal finances.

While Canadians of any gender are facing the prospect of living longer after their working years, for women the post-retirement period generally stretches even longer. Many will also outlive their male spouses.

Yet, women continue to face a gender wage gap that puts them at a disadvantage compared to men when it comes to the ability to save. In Canada female workers make $0.88 for every $1 earned by men, according to a recent RBC report

And women are also more likely to enter and exit the labour force through their career, as they raise children. That time taken off work, and the penalty it tends to come with in terms of professional advancement, also hurt women’s ability to squirrel away enough for retirement.

Women should be saving more than men

The rule of thumb when it comes to planning for retirement is that you should set aside 10 per cent of your income, but women should be saving between 15 per cent and 20 per cent, De Luca told Global News.

That’s because women tend to live longer and they are generally more risk-averse investors than men, explained De Luca.

“In my experience, women tend to see money as a means to an end, while for men there’s an ego thing that comes into play — it’s like a score sheet,” he said.

De Luca’s male clients often obsess about whether they’re making more money than other people or whether their investment returns beat the His female clientele, he said, generally just wants to make sure that “they have enough that they don’t have to worry about it.”

And while women’s approach to money is more sensible, it can translate into excessive risk aversion and a focus on “accumulation rather than investment,” De Luca said.

Women need to save more than men, but the gender wage gap and a stop-and-go career path make it difficult to do so, noted De Luca.

That’s why many women should not only invest their savings but dare to chase higher returns, he added.

In this regard, the fact that women tend to live longer plays to their advantage, he noted.

“The longer your time horizon, the more room you have to take on a little bit more risk,” he said.

Sixty-five-year-old Canadian women can expect to live about three years longer than men, according to Statistics Canada. For Canadians born in the last decade, the gap widens to almost five years.

It means women can afford to allocate a larger portion of their investment portfolio to stocks or equity, said De Luca.

The average return from the Canadian stock market is about 8 per cent to 9 per cent, and that’s what investors can generally expect over the long term, he noted.

Another problem is that women are sometimes completely in the dark about family finances. That’s an issue De Luca sees especially among his older clients: The husband used to take care of everything, and when he dies, the wife has no idea what to do.

As a general rule, married and common-law couples should always share financial information, according to De Luca. Even those who choose to keep their accounts and assets completely separate should do so, because each partner will have rights to the other’s assets should one of them die earlier.

“You need to know what’s there and what your rights are,” said De Luca.

Couples should also make sure that “their accounts are properly structured,” he said.

In addition to a will, couples might want to include an “estate info sheet,” detailing how things should unfold if one partner passes away, he added.

Above all, De Luca advised, “make sure to take care of these things before they become an issue.”