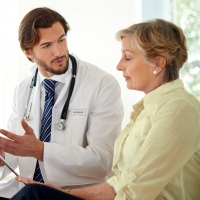 We may be living longer than previous generations, but our health isn’t any better, and with more Canadians retiring later in life, these health issues are getting worse.

Though they have fewer disabilities than earlier generations, the majority of Canadians have at least one chronic disease or health condition, according to “Healthy Aging in Canada,” a briefing paper the Public Health Agency of Canada prepared for an intergovernmental committee. Part of the problem, the document points out, is that Canadian health care focuses on finding cures and treatments, rather than on preventing illness and promoting health.

Of new cancer diagnoses, 90% occur in people 50 years old or older, and one in five Canadian adults has a life-threatening disease such as cancer, diabetes, and cardiovascular and chronic respiratory diseases. Canada is one of the countries with the highest rates of adult obesity, and almost 80% of Canadian adults have at least one risk factor for chronic disease such as smoking, a sedentary lifestyle, an unbalanced diet, and over-consumption of alcohol.

According to a recent American study by the Nationwide Retirement Institute, nearly 28% of the retirees polled expressed dissatisfaction with their post-retirement lives, saying that they’re less happy than when they were working—primarily due to their expectations not being met, particularly in the areas of income and health. Nearly 33% of respondents said that health problems don’t allow them to fully enjoy their lives, with medical appointments taking up considerable time, and many said that their health issues occurred sooner than they’d anticipated. What’s worse, pension payouts aren’t keeping up with the rise in costs related to health care.

Given all of this, the No. 1 health priority for those nearing retirement should be physical activity. Additional preventative measures are maintaining strong social relationships, making healthy food choices, and breaking bad habits such as smoking, binge eating, and a sedentary lifestyle. If you’re not already there, consider making these changes as part of your 2018 New Year’s resolutions—they could lead to a healthier and happier life.